Welcome to an article and image gallery featuring reality star Brittanya Razavi. This gallery consists of bikini photos of the famous TV personality, showcasing her beach-ready body in skimpy swimwear. Since appearing on VH1’s “Rock Of Love,” she has become one of the most talked about people in the entertainment industry. So without further ado, get ready for a visual feast with these sizzling images!

Brittanya Razavi is a reality TV star and model who first made her name on shows like Rock of Love Charm School and I Love Money. Known for her unique dimple piercings and tattoos, she’s been featured on covers of magazines such as Savage Tattoo Rebel Ink and Obscene Magazine. Growing up in Oxnard California, she was an avid softball player before becoming co-owner of the successful online store 187 Avenue. Brittanya has an older sister named Tiffany OCampo and had her first child at 15 years old. Who can forget when she competed to win the heart of Poison frontman Bret Michaels on Rock of Love? 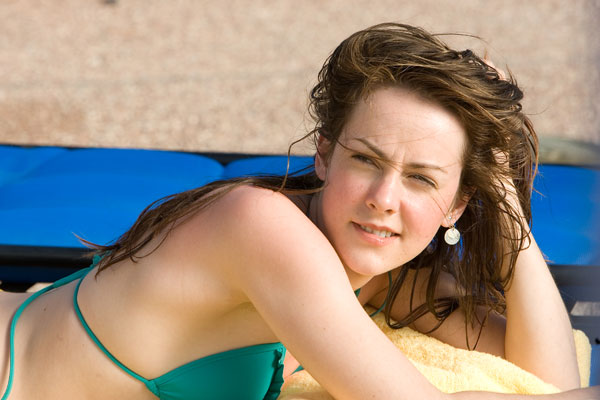